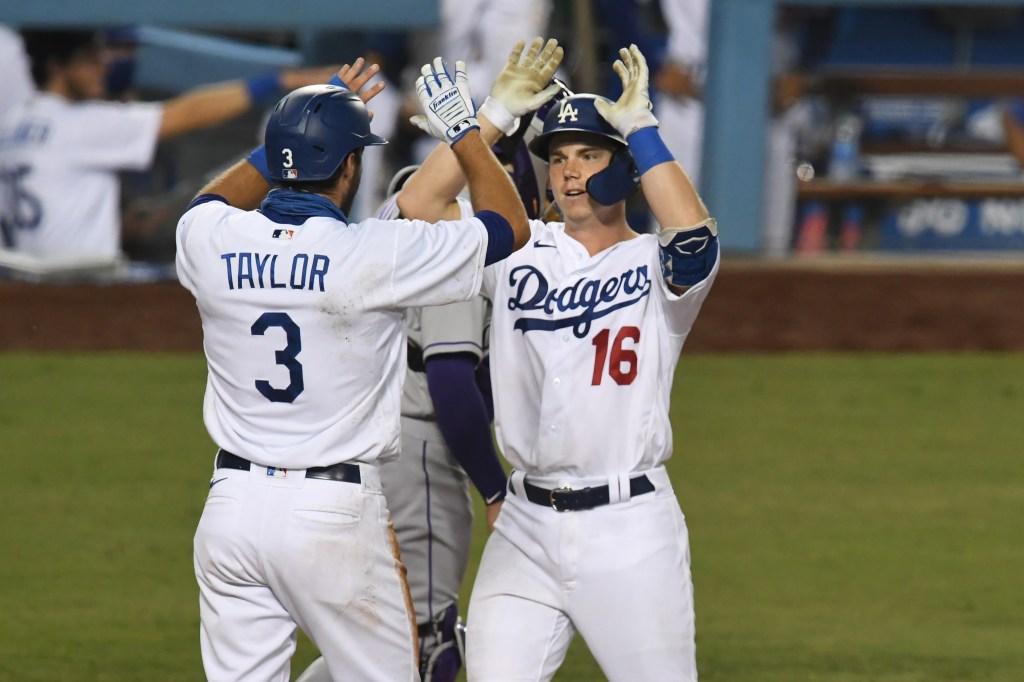 The Dodgers, like playoff-bound teams across MLB, went into quarantine Wednesday night in hopes for a postseason uninterrupted by positive coronavirus tests. The Dodgers players and coaching staff were expected to move into a Los Angeles hotel for the duration of the regular season and next week’s Wild Card Series, then move to a resort in Dallas for the remaining rounds of the postseason (if they advance).

The MLB ‘bubble’ will not be as stringent as the NBA version which limited players to an Orlando campus and punished players for breaking quarantine. MLB players will, however, be expected to limit their activities to the hotel and the ballpark with families allowed to join them.

If the Dodgers advance through a seven-game World Series, they would spend the next five weeks essentially on lockdown, albeit in some very high-end hotels.

When the idea of neutral-site playoffs in Texas and Southern California was first proposed, there was some pushback from players who didn’t want to be separated from their families for such an extended period. That was resolved between MLB and the players’ union. However, managers and coaches are not members of the union and were not included in the agreement.

Dodgers manager Dave Roberts said last week he would be “disgruntled” if staff members could not have families with them in this ‘bubble’ arrangement. That has been settled to his satisfaction by Dodgers’ ownership, Roberts said Thursday.

“I can’t speak to Major League Baseball. I can only speak to the Dodgers and I don’t think every team acted the way we did,” he said. “But our ownership group allowed us to have our families go into a separate bubble to quarantine to then join us in Texas. … It is something that’s coming out of pocket from ownership. So I’m very grateful. And every team did not do that.”

The neutral-site arrangements and isolated environment are just necessary sacrifices required to play this season to conclusion during a pandemic, Roberts said.

“It’s the best way to eliminate or minimize exposure,” he said. “As far as us being on the 1-yard line, getting to the postseason and getting through it, it’s the responsible way to do it. In a year that you’re going to be inconvenienced for good reasons at times, this fits under that umbrella.”

When he made his first start of this season on July 24, Will Smith batted ninth. With the season winding down, Smith is now in the middle of the Dodgers’ lineup (he batted fifth Thursday) and counted on to make crucial contributions with his bat during the postseason.

“There’s a little more, maybe, pressure or something,” Smith said. “But I haven’t really put that on myself, I don’t feel like. I’m just trying to stick to my plan, stick to just putting together quality at-bats. That’s what got me moved up and that’s what I’m going to keep trying to do.”

Among catchers with at least 100 plate appearances this season, Smith’s .927 OPS going into Thursday’s game was topped only by Kansas City’s Salvador Perez (1.038) and Atlanta’s Travis d’Arnaud (.936). Smith got off to a slow start, dragged down not by the quality of his at-bats but results that didn’t reflect how hard he was hitting the ball. In September, he has reaped the benefits, batting .333 in 14 games before Thursday.

Clayton Kershaw will make his final start of the regular season Friday against the Angels. He and Walker Buehler will start Games 1 and 2 of next week’s Wild Card Series — Roberts still will not say in what order.

But the Dodgers will go back to experimenting this weekend. Roberts said Tony Gonsolin (Saturday) and Dustin May (Sunday) will both pitch this weekend. But he would not say whether they will start those games or pitch in “bulk” relief like Julio Urias did Wednesday against the A’s.

“We just haven’t made that decision,” Roberts said. “But both of those guys are going to be pitching over the weekend.”

Before Thursday’s game at Dodger Stadium, the Oakland A’s put reliever J.B. Wendelken on the Injured List for unspecified reasons, raising the possibility of a positive coronavirus test or exposure of some kind. Players can go on the IL if they have been exposed to someone who has tested positive for the coronavirus or simply has symptoms consistent with COVID-19.

The A’s had four games postponed early in September when a member of the organization tested positive for coronavirus.

Wendelken pitched two innings in relief against the Dodgers on Tuesday.