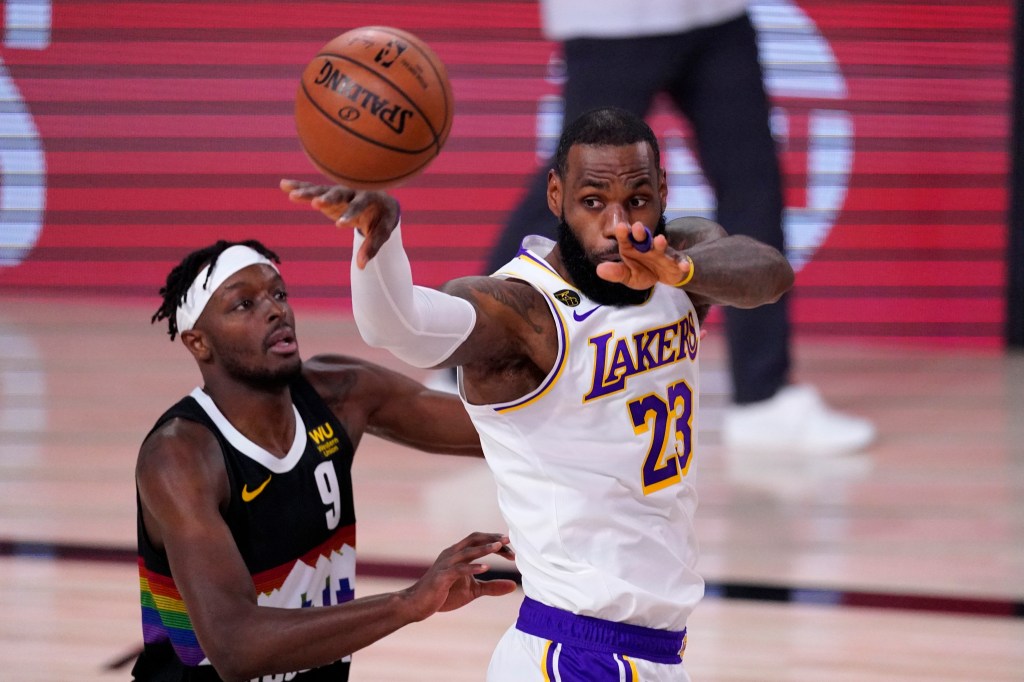 Really, isn’t this why best-of-seven series – and especially competitive ones – are so much fun?

Each game takes on its own character, and it totally befuddles all of us who base our perceptions on recency bias, taking the last thing we saw and assuming that momentum has inexorably changed and a series has somehow turned.

As we now know, the events at the end of Game 2 of Lakers-Nuggets were not indicative of the true momentum of this series. But was the final quarter of Game 3, when the Lakers cut what had once been a 20-point deficit down to 3 before falling 114-106, an outlier or evidence of a trend?

We’ll learn that Thursday night in Game 4, and that’s the beauty. The every-other-day format of this series, combined with the mental stresses of the Orlando bubble over the last two months, has created physical and mental challenges. The days off in between are opportunities to refocus, scheme and adjust to whatever wrinkles came up in the last game.

For instance, the Nuggets probably had a good hard look at video of that 1-2-2 zone the Lakers threw at them in the fourth quarter Tuesday night, which resulted in six straight turnovers and a 3 1/2-minute scoring drought that chopped their lead from 16 points to three.

But don’t expect to see a lot of it. Lakers coach Frank Vogel called it a “junk defense” via Zoom at Wednesday’s availability and added, “I don’t know if it’s sustainable. We’ve got to be better who we are, with our base defense … Most zones in the NBA aren’t very good, because they have a lot of holes and are easily exploited.”

He didn’t need to add the reason: The best shooters in the world play in this league. Bottom line, if the zone appears again, it will be a change of pace and probably again out of desperation.

Anyway, before Lakers fans hang their hats on that final 12 minutes of Game 3, when L.A. outscored Denver 31-21, they’d better pay attention to the first 36 of that game and particularly the way the Nuggets came out firing the first punch. Literally, almost, considering the elbow to the jaw that LeBron James took from Jamal Murray early in the third quarter, which didn’t seem to be intentional but was assessed a flagrant-1.

(It helped that LeBron sold the call with his reaction, which led TNT analyst Reggie Miller to note on air: “I made a career out of this.” We know, Reg. We know.)

The overriding point was that the Nuggets were active defensively and in attack mode offensively, and the Lakers looked sluggish and were putrid for three quarters from beyond the arc (5 for 18), on the glass (33-18, Denver) and taking care of the ball (13 turnovers for 23 Denver points). Too often they settled for jump shots rather than attacking the paint themselves.

“When we settle too much, we play into their hands,” Vogel said Tuesday night. “When we’re attacking the paint, we’re getting great looks every time we touch the paint. We have to be more aggressive.”

That last sentence? That was the story of the evening.

“I thought we had a hit-first mentality, especially in the first quarter,” Murray said in his postgame comments. “Kind of took off from there. We got everybody into a groove. Guys were playing at a higher rate, we were rebounding, running. We just had a flow.”

Denver’s playoff mindset probably goes back to 2019 and its seven-game loss to Portland in the conference semifinals. The Blazers’ CJ McCollum noted Tuesday night on Twitter that the Nuggets seemed to have a bigger chip on their shoulders because of that series. Murray, who is averaging 26.6 points for these playoffs and has increased his efficiency this year over last in every traditional category but free throws, validated that sentiment.

“I just felt like we had a legit chance to win that series,” he said. “It just came down to our mistakes, self-inflicted wounds that we had, breakdowns we couldn’t afford. We had (breakdowns) this series, too, but tried to correct them earlier and be more prepared for stuff … We don’t want to lose when we know we have the talent to win. I think that’s all we tried to change moving forward.”

Simply put, the concept of Laker Exceptionalism isn’t going to help now against a team that is equally determined, cohesive and getting contributions from a lot of sources – for example, 26 points Tuesday night from Jerami Grant and 14 more from Monte Morris to go with the expected output from Murray (28 points, 8 rebounds, 12 assists) and Nikola Jokic (22, 10 and 5).

“The biggest thing for us is just playing more desperate, and maybe losing pushes us to the edge,” Lakers guard Alex Caruso said Wednesday. “Maybe we got a little too comfortable winning six games in a row. Over a couple of weeks’ span of playing those games, you lose focus a little bit. It’s human nature.

“But … we have bigger aspirations than just winning Game 3 or Game 4 or advancing to the Finals. We’re trying to win it all. So for us, it’s about holding ourselves to a higher standard.”

In a situation that demands adjustment from game to game, that’s probably the easiest tweak of all.