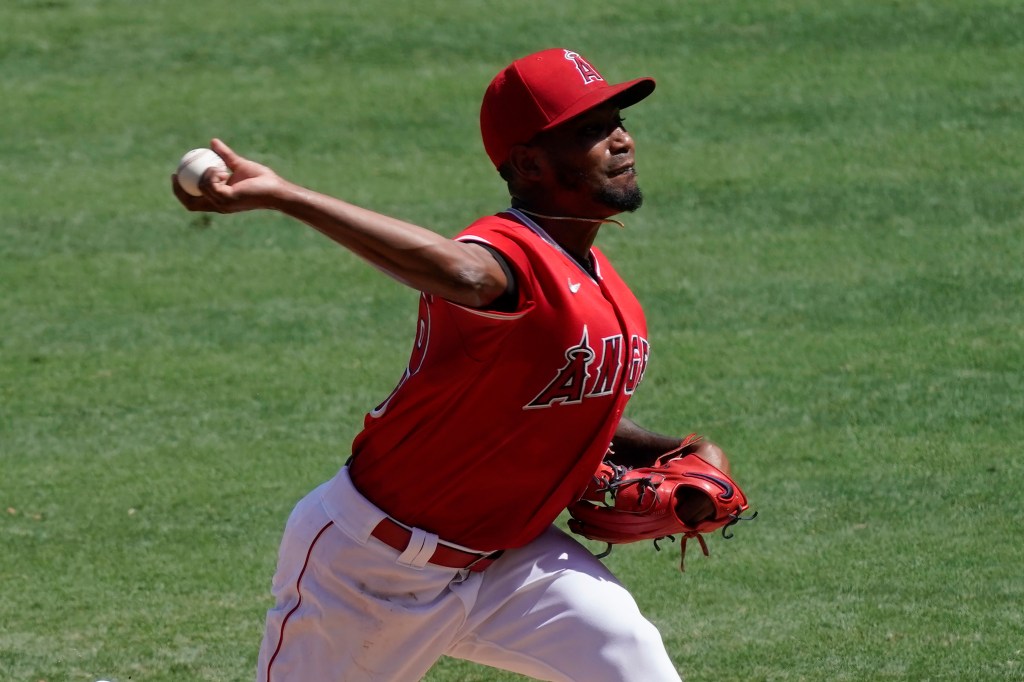 The Angels took advantage of Thursday’s off day to drop Julio Teheran from the rotation for the final weekend at Dodger Stadium.

The move is no surprise, considering Teheran has a 9.49 ERA, and the Angels can now use their top three starters – Andrew Heaney, Dylan Bundy and Griffin Canning – against the Dodgers.

Barring a relief outing over the weekend, Teheran’s disappointing season with the Angels has come to an end, well short of what the Angels had hoped for when they signed him to a $9-million, one-year deal in December.

Teheran brought a track record of durability and consistency. He had averaged 32 starts with a 3.64 ERA over the previous seven years, and he was still 29 when spring training began.

“It’s too bad we had to go home after the original spring training, because he was throwing the ball great,” Manager Joe Maddon said Wednesday. “I think the layoff time hurt him. He came back and he was ill, and I think he was in a constant state of catch-up. It’s happened to a lot of guys, not just him. A lot of guys with really good backs of baseball cards had a difficult time.”

Teheran tested positive for COVID-19 in June, just before he was to report for summer camp. He missed two of the three weeks of camp, and then pitched in just one intrasquad game before the Angels activated him.

He was never able to return to the form of most of his career. He pitched just one game in which he lasted at least five innings and gave up fewer than three runs.

“He’s healthy right now, he’s just not getting the results he’s looking for,” Maddon said. “But I think by next year, when he gets a full offseason again and a real spring training, he’ll get back to normal.”

Franklin Barreto’s shoulder surgery Tuesday went as expected, according to Maddon. The Angels say Barreto will be back to 100% around the start of the 2021 season…

When Max Stassi hit two homers and had four hits Tuesday night, he became the first Angels catcher to do that since Bengie Molina in 2000.