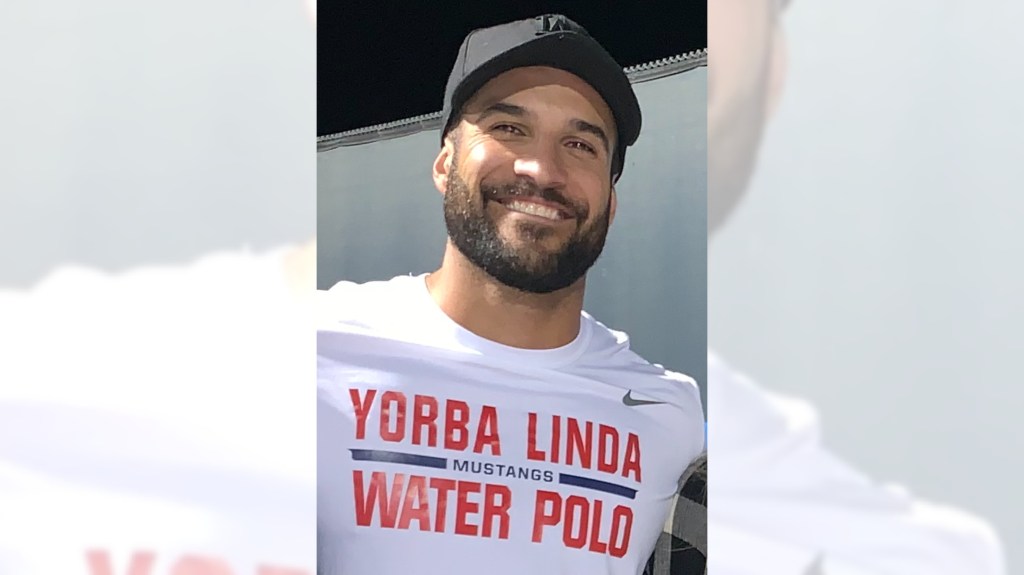 Yorba Linda High aquatics coach Shardad Djahangiry, who helped the Mustangs grow from a new program into CIF contenders, has resigned after nearly a decade at the helm.

Djahangiry, 30, said he and his wife of nearly a year are expecting their first child next month.

“It was just the right time to spend more time with the family,” said Djahangiry, a walk-on coach who also works in sales.

In 2013, the Esperanza graduate guided the Mustangs’ boys water polo squad to the Division 6 finals in only their fourth year in the section playoffs. They fell to fellow upstart Segerstrom 9-8 in overtime.

In boys swimming, Djahangiry led Yorba Linda to the Division 3 runner-up plaque at the 2018 CIF finals.

He also helped the Mustangs capture league titles in boys water polo and boys and girls swimming but his proudest accomplishment centered on the No. 64.

That’s the number of boys water polo players who played for him all four years and graduated from Yorba Linda.

“We had an impact in some boys’ lives,” said Djahangiry, who was hired at Yorba Linda at age 20.