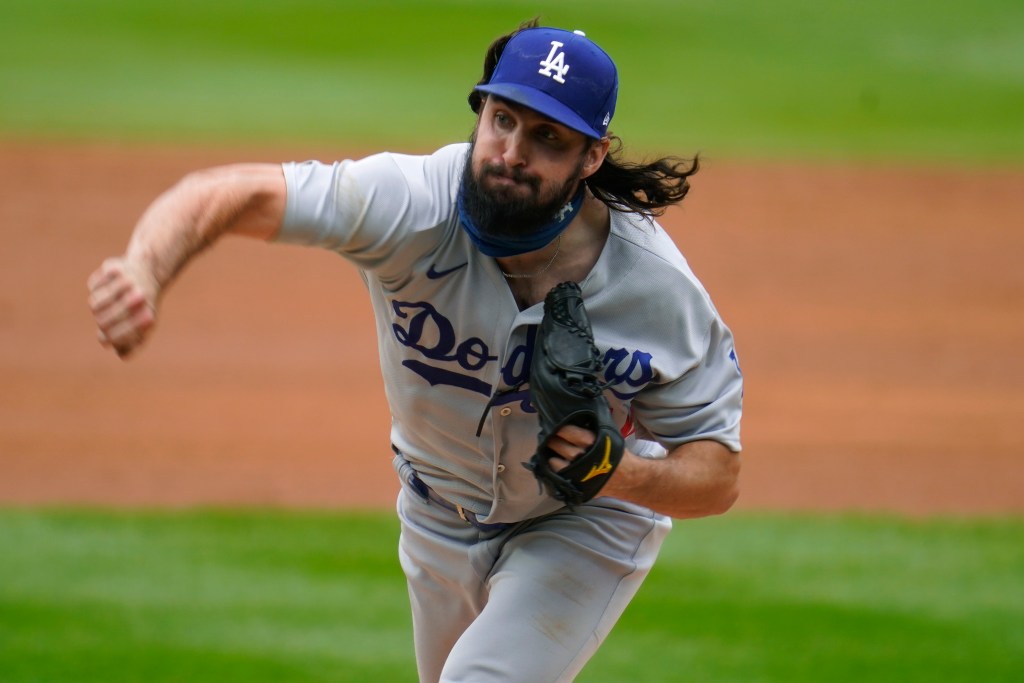 The Dodgers were shut out into the seventh inning Sunday afternoon at Coors Field but had the tying run at the plate before losing 6-3 to the Colorado Rockies.

The loss snapped a five-game winning streak for the Dodgers and kept them from sweeping a four-game series in Colorado. During the first three games at Coors Field, the Dodgers scored 30 runs.

There was none of that offensive production Sunday with Mookie Betts getting the day off. The Dodgers are only 9-8 this year when Betts isn’t in the leadoff spot.

Following up on a complete-game win over the Oakland A’s in his previous outing, Rockies starter Antonio Senzatela held the Dodgers in check into the seventh inning, allowing just four baserunners in the first six– doubles by Cody Bellinger and Zach McKinstry (his first major-league hit), a single by Gavin Lux and a hit batter. None of them made it past second base, though Bellinger tried. He was thrown out at third trying to stretch his second-inning drive off the left-field wall into a triple.

But Senzatela wasn’t the most dominant pitcher in the game for the first three innings. Dodgers starter Tony Gonsolin struck out the first six Rockies batters he faced (two short of the major-league record for consecutive strikeouts) and retired the first nine in order before giving up a leadoff single to Raimel Tapia in the fourth inning.

That led to a two-run inning for the Rockies when Gonsolin gave up a single to Kevin Pillar, walked Trevor Story and gave up another single to Josh Fuentes. The young right-hander struck out a career-high 10 in his five innings.

The Rockies had 10 hits in the game, all singles, including five in the sixth inning when they scored three times against Blake Treinen and Victor Gonzalez.

The Dodgers have not been shut out this season but Senzatela threatened that. It took back-to-back walks and a two-out RBI single by Edwin Rios in the seventh to put on one on the board.

They loaded the bases with two outs in the eighth against the Rockies’ miserable bullpen (a 6.96 ERA before Sunday) but Daniel Bard struck out Bellinger to end the threat.

Down to their last strike in the ninth, the Dodgers did get to Bard on a two-run, two-out single by A.J. Pollock. Corey Seager walked to bring the tying run to the plate but Chris Taylor grounded out to end the game.

After hitting 25 home runs in their first nine games against the Rockies this year, the Dodgers stayed in the yard Sunday. It was only the 11th time in 54 games this season they failed to hit a home run. They are 4-7 in those games.