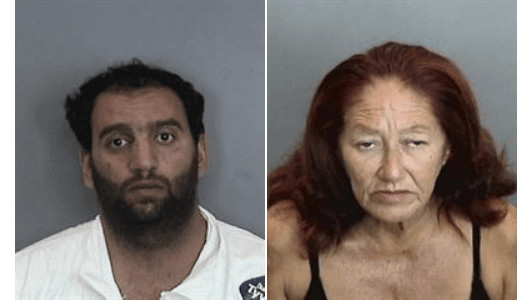 Deputies found the body of a woman possibly killed in Anaheim on Friday, July 31, inside a pickup that crashed in San Diego County, and took the vehicle’s owner into custody.

Jessie Villesca, 56, of Anaheim was identified as the woman found in a Toyota Tundra driven by Abdulaziz Munther Alubidy, 30, also of Anaheim, Anaheim Police Department officials said in a Sunday news release. The truck collided with another vehicle near San Marcos Boulevard and Rancho Santa Fe in San Marcos at about 4 p.m. At least one person was taken to a hospital as a result of the crash, Anaheim Police Sgt. Shane Carringer said.

Villesca died before the collision took place, and sustained injures that led investigators to suspect that she was the victim of a homicide. Deptuies detained Alubidy at the scene, and he was later booked in Anaheim on suspicion of murder.

Authorities believe Villesca was killed earlier Friday in Anaheim near West Corporate Way and North Mueller Street, police said. Further details regarding how she died were not immediately released. Authorities did not publicly suggest a motive for the homicide.

Officials asked anyone with information that might be relevant to investigators to call the Anaheim Police Department’s Homicide Detail at 714-321-3669.