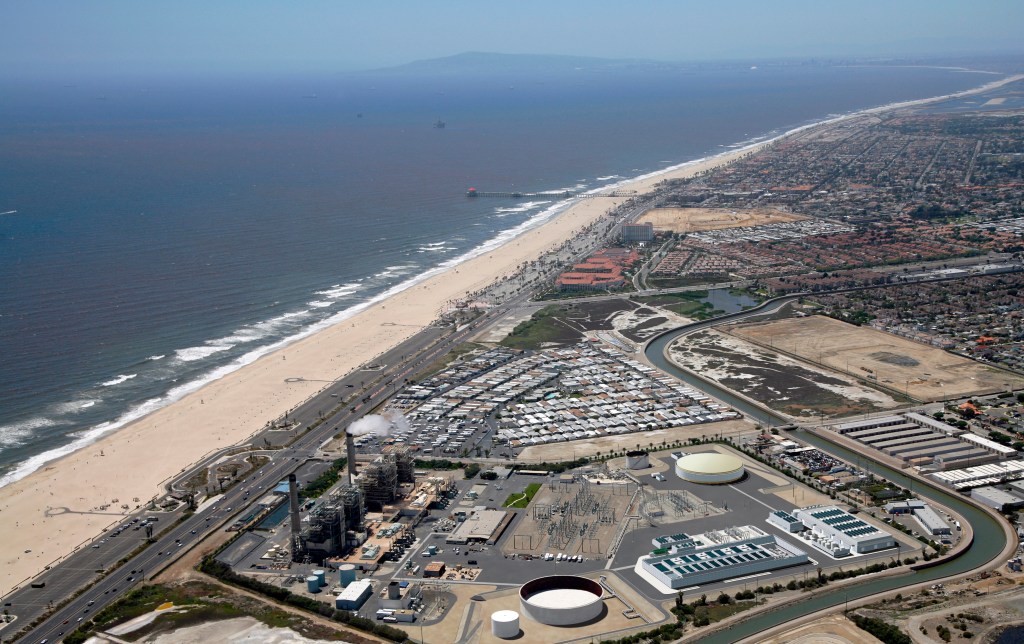 Poseidon Water could be headed back to the drawing board to better compensate for the marine life expected to be killed by its proposed desalination plant in Huntington Beach.

After hearings this week for one of two remaining major permits needed for the project, several members of the Regional Water Quality Control Board indicated they were dissatisfied with the proposed mitigation for the larvae and other small marine life that would die as a result of the plant’s ocean intake pipes.

“I don’t think this mitigation comes close to addressing the impacts this project will have,” said regional board Director Daniel Selmi on Friday evening, July 31, near the end of two 10-hour days of online hearings and public testimony for the proposed permit.

While advocates applauded the controversial project for creating a drought-proof source of drinking water for Orange County, foes told the regional board that the water isn’t needed, is too expensive, will unnecessarily harm marine life and disproportionately burden low-income households.

But the primary concern of regional board members focused on the proposed mitigation at Bolsa Chica Wetlands as well as the lack of details in Poseidon’s mitigation plan. The board will meet Aug. 7 to discuss how to address those issues.

Among the possibilities discussed Friday was a requirement that Poseidon to build an artificial reef to promote sea life, in addition to the work proposed for the Bolsa Chica Wetlands.

The new issues represent the latest bureaucratic hiccup for the $1 billion project, which has been in the works since 1998. And it’s the third time since 2006 that Poseidon has been before the regional board for a permit, thanks to previous permits expiring and new regulations being put on the books.

Poseidon Vice President Scott Maloni, who’s overseeing the project, took heart that the conditions linked to the permit on Friday have, so far, remained unchanged from conditions recommended by the regional board’s staff. And while many opponents would like to see the permit rejected completely, board concerns appeared limited to mitigation requirements.

“After two days of testimony, the facts supporting the (proposed permit), and staff recommendation to approve the renewed permit, are unchanged,” he said after the meeting.

“We are pleased that so many local teachers, Bolsa Chica conservationists, water district leaders, elected officials and residents voiced their support for the project. We look forward to the Board deliberations on Friday, Aug. 7th.”

Another 99 people spoke against the proposal, including a coalition of more than 20 environmental groups and neighbors of the project, which would be adjacent to the AES power plant on Pacific Coast Highway.

The mitigation proposal developed by Poseidon calls for restoring 5.7 acres of wetlands at Bolsa Chica, enhancing water circulation there and paying for the inlet dredging. That dredging is necessary for the Bolsa Chica estuary to remain open to the ocean and sustain the existing bounty of wetland wildlife. Funding dedicated for dredging, needed every year or two, has been exhausted.

But some regional board members — along with some environmentalists — challenged the proposed 129 acres of mitigation credit proposed by regional board staff to be awarded to Poseidon for the work at Bolsa Chica.

While the dredging accounted for 108 acres of that credit, critics complained that the Ports of Los Angeles and Long Beach had already received mitigation credit for building the inlet and establishing the now-depleted trust fund for dredging. They also attacked the proposed credit for not creating any new habitat to replace that to be damaged by the plant.

Additionally, Tom Luster of the Coastal Commission said the mitigation was inadequate by the standards of his agency, which Poseidon would need a permit from if it gets the green light from the regional board.

Luster raised the possibility that the Bolsa Chica Wetlands mitigation had more serious problems: Because of the effect of sea level rise on the wetlands, the mitigation proposal could not anticipate the long-term maintenance needs of the wetlands. He said Coastal Commission staff determined that additional mitigation would be needed elsewhere.

Luster also questioned the location of the Poseidon plant, saying the proposal didn’t adequately address the future threat of sea level rise, flooding and tsunamis at the site.

Even if those issues don’t interfere with Poseidon winning a permit from the regional board, Luster signaled that they would likely have to be addressed to satisfy the Coastal Commission.

Poseidon plans to sell 50 million gallons of desalted water a day — enough for about 450,000 people — to the Orange County Water District.

The district manages the groundwater basin that is used by its 19 member agencies to distribute water to 2.5 million residents in north and central Orange County. That local groundwater supplies 77 percent of the water to the district’s service area, while 23 percent is imported from northern California and the Colorado River.

Poseidon’s water would supplant about half of the imported water sent to north and central Orange County. Imported flows are vulnerable to shortages due to drought, demands from other areas and the conveyance reliability of waterways if disrupted by earthquakes.

Poseidon and some advocates point out that, historically, water prices have tended to go up. They say, over time, desalted water would cost less than imports. However, Orange County Water District projections in 2018 show that would take between 13 years and 30 years, and the Municipal Water District of Orange County, which oversees imported water, has estimated it could take 48 years.

The Orange County Water District has estimated the average home would see a monthly cost increase of $3 to $6. But a Municipal Water District study found that the desalted water,  in a worst case scenario, could cost customers nearly $400 million more than imported water over 30 years.